Tradition! First off all we want to say Happy 1st Anniversary to to Dylan & Kristen Gandossy! Thank you so much for giving us the opportunity to take all of these beautiful wedding pictures! We can’t say it enough… there is nothing we love more than when a family asks us to photograph every single one of their children’s weddings. There is really no greater compliment for a wedding photographer! Big thanks to Bruce & Nina Johnson for that! Way back in 2007, we had the privilege of working with big sister Nicole, for her wedding to Matt Merklinger at what was then The Ocean Place Hilton. That’s where we met Nicole’s sister Kristen. Shortly thereafter, we did portraits of the entire family on the beach… then maternity photos and baby pictures, more than once! Time marches on… …Fast forward to 2014 and there we are, talking to Kristen & Dylan about photographing their own wedding on July 25th, 2015. Just like her sister, Kristen tied the knot at the lovely St. Leo’s in Lincroft. With some things, tradition is important. Unlike Nicole however, Kristen took the party to Red Bank and the fabulous Molly Pitcher Inn on The Navesink River….and party then did! It was another wonderful night on the water with family and friends. Tradition… it’s important to Liz and I as well… and we love when our photography becomes somewhat of tradition in someone else’s home. As we said, we really can’t think of any better compliment. There may be no more weddings coming up for the Johnson family but we look forward to the many milestones to come. For today however, we want to wish a happy, happy Anniversary to Kristen & Dylan! 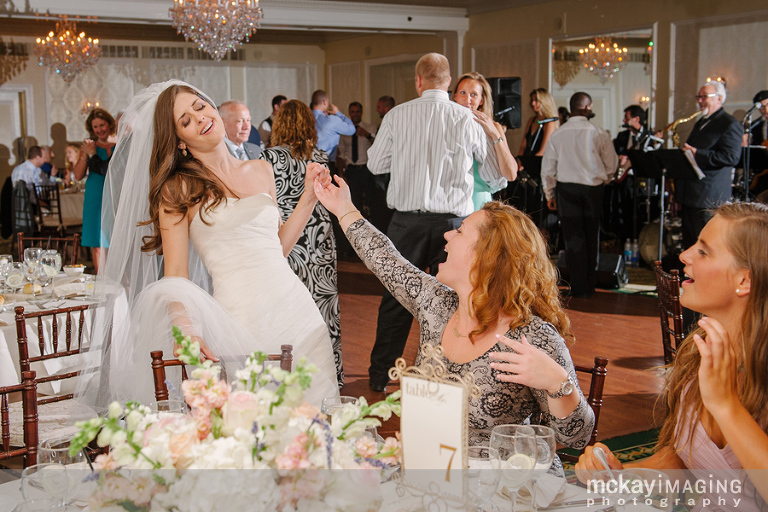